‘I try to think of other insane projects where belief has overcome reason and judgement: the Pyramids, Stonehenge, The Great Wall or China – the Millennium Dome, come to that. We are not the first and will not be the last people to defy common sense, logic, nature…’

What do you do with your impossible dreams? Salmon Fishing in the Yemen tells it best. In this, a Yemeni Sheikh desires to make the seemingly impossible a reality; he believes in his dream to such a great extent that his belief pushes even the most scientific and rigid personalities to succumb to believing the unbelievable. Science dictates that this project will never succeed. Everything is against the Sheikh’s dream: the Yemen climate, the people who are ready to kill to see this project fail, the contemporary socio-political and religious systems in place in the UK & Yemen, the personal circumstances of the main players in the project’s construction. Everything says this dream will fail.

Nonetheless, as the story progresses – particularly in the latter quarter – the reader and the protagonist, Fred Jones, realise the main aim of the project was not simply to see salmon flood the waters of Yemen, nor to see people come together to fish and peaceably connect, but most importantly to engage with a person’s spirituality: to learn to believe in something.

Even Fred appreciates the Sheikh’s true desire for the project – to instill in him and others a sense of belief in believing; birthing and nurturing something to hope in.

‘At long last I understood.

I believed in belief.’

Salmon Fishing in the Yemen wants you to cast aside all logic and reason in your belief in a dream’s success. Because having your judgment clouded by the realities and scientifically certified and justified doubts of a project’s worthiness leads you to focus on the possibility of failure rather than the possibility of success – no matter how low that success rate is. When you focus on the possibility of success, you see and create windows of opportunity, discover hidden depths of talent and creativity you never before imagined you had within you, and ultimately make dreams a reality.

What was the main message I grabbed from Salmon Fishing in the Yemen? When your probability of success is 1%, success is still possible. But low success probabilities require faith, belief and the wisdom of a diligent, passionate, persevering team equipped with the right knowledge and expertise to make your dream succeed. 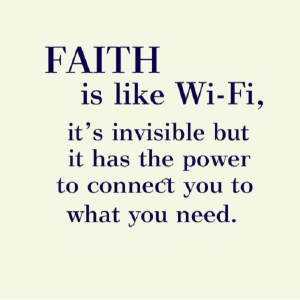 Taking it back to the heart of my blogs, the journey is integral. Fred Jones, the protagonist goes on a personal journey from small-minded, stiff-lipped, boring fish-guy to believing, faith-filled, hopeful, growth-minded, risk-taking dream—maker – a journey that should not be overlooked. It was through his forced involvement in a project he would never imagine possible in a million years, he shed his layers of close-minded certainty of what can and cannot be done. As he took more and more risks for the project, he took more and more risks in his own personal life, and became an increasingly enriched, relaxed and caring person for it. He discovered that life is not black and white. Can and cannot must be replaced with can and will try.

Spiritual awakening is inevitable following completion of Paul Torday’s sensational novel. With a rather quirky and bizarre storyline, the variety and eccentric nature of his characters keeps you rapidly flicking through the pages, and perpetually engaged till the end. My only question is, when is Part II available?

My vision is to see every individual pursue their heart's dreams; to create for themselves a heaven on earth filled with love, joy and an appreciation of God's miracles daily. Hopefully, my blogs motivate, inspire and encourage you to do just that! Nobody should be afraid to dream BIG. Don't allow the fear of failure to stop you from achieving your success. Love and enjoy life through an ever-thankful heart, and appreciate the beauty and miracle in each moment. And when the going gets tough, keep smiling. These are the words I tell my spirit on a daily basis. "Above all else, guard your heart for out of it flows the wellspring of life" Proverbs 4:23 Purposefully placing God first in every decision I make. Because who better to have on my side, guiding my every move, than the Creator of the universe, eh? View all posts by abigailirozuru

1 thought on “Salmon Fishing – Believe in Your Dream”