So I keep asking God when my time will come. Because I know as Christians we have to trust in ‘God’s perfect timing’, but at the same time missing out time and again on major championships or being unable to fulfil my potential is getting really depressing. And I mean that in the truest sense of the word. Failure is changing me.

And I guess the most important thing for me this year has been to figure out how to not allow failure to corrupt me – my personality and my happiness. Because it has a habit of being destructive if you allow it. And I know it has certainly changed me for the worse in some instances – feeling frustrated, moody and unhappy a lot of the time. Mostly I just feel bitter at missing out on so many achievable opportunities that I came so close to – injury and failure in other ways brings you back so far out of reach from something that just a moment ago was so close you could touch it if you stretched your hand out far enough.

Like, right now I’m confused too. Because I wonder, where do I go wrong on so many occasions?

Today, whilst browsing the internet to inspire myself, do a little bit of video analysis on YouTube and then searching ‘abigail irozuru’ (Yes, I do that!) to find my 6.80m PB jump and get a little emotional happiness bubbling up within me, I found another video that I hadn’t seen published before. Here it is. And then this brought it all flooding back the predicament I’m currently gutted about. Another failure. A blatant reminder of my failure that I was so confident I’d been able to overcome this year.

If only I could re-film that and include 2015 as another write-off year. Because even though I became UK Indoor Champion with a fabulous PB – which I am extremely chuffed and proud of (thank you World Athletics Center team!) – a week later I tore my hamstring which ruled me out of representing Great Britain at the European Indoor Championships. And I was consoled by others who said, ‘don’t worry this has put you in good stead for the World Champs’ – or words to that effect – they said ‘it’s the outdoors that really matters. You’ve got time…’ And then in my first competition of the outdoor season, in my fifth round jump I hyperextend my knee in the sand pit and effectively demolish my outdoor season.

I’ve discovered it takes less than 2 or 3 seconds of ‘switching off’ or ‘mindlessness’ to ruin dreams. That’s all it takes. In my mind, I said to myself, ‘this take off position doesn’t feel right, so I’m going to bail this jump’, and then my body said, ‘ok, I’ll bail but let’s do something really weird and land in the pit with the same foot you took off on’. Yes, Abigail, because that’s clever. As you can see, I’m still not quite forgiving myself for this year’s mess-up. But I’m sure I will eventually…

…if I ever achieve just one of my dreams of being a successful, world-class, medal-winning long jumper. And if that fails, at least in the process I’ve learned a hell of a lot, gone through a disgustingly painful journey of self-discovery, and apparently inspired and encouraged others along the way. And, taking myself to where the journey began when little 15 year old Abs got all excited about winning my first medal in my first ever long jump competition at the UK Young Athletes League in Liverpool with a then-huge leap of 5.54m, every so often I still get to do the three main things that attracted me to the sport in the first place: meeting new people and making friends, travelling across the UK (and the world!), and winning medals!

So, I guess I’m going to end with a friend’s mantra: ‘don’t quit until you’re ready to quit, otherwise you’ll regret it.’ So, I’ll keep going, even though I’ve had four dud years in succession, and I’ll keep smiling whilst I’m at it too. If you see me walking away or with a frown on my face in the next year, and you care about me in any way, please remind me of what I’ve just said. Because I’m not ready to give up on my seemingly impossible, out-of-reach dreams just yet.

And, if you’re feeling downhearted or dejected about your failure, take a moment to reflect on the journey of success you’ve already taken, then lift your head up or else the crown falls. 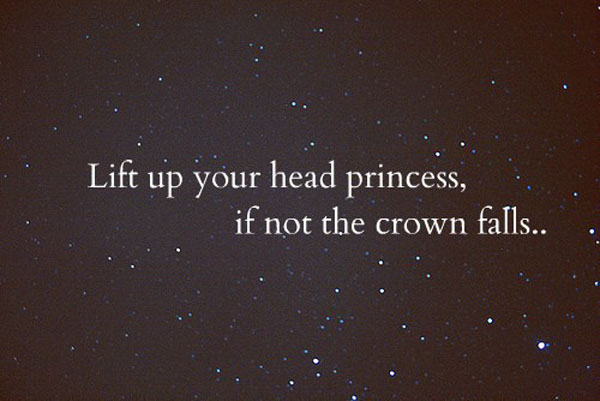